The new big update of Space Arena is coming

Hey guys! We have prepared a big update of Space Arena 2.0 for you. The release is planned for the begin of 2019 but for now, we would like to tell you about the new chips and how they were created.

At the beginning of this year, we're faced with the task of expanding the gameplay. The game shouldn't stop when all victories are achieved. Especially when new levels aren't released as often as we would like. Besides, we already had a successful experience in creating an update based on community ideas, so we began to study comments on Reddit, Discord, and Facebook.

We have processed your offers within several days and selected those that best fit the project's intent. Often there were requests to add the ability to control the fight but then the game would have lost its unique features, the genre would have changed. Many offered to add online mode and the ability to play with friends. There were even tips to close the game and start all over again. But most importantly, we could understand from your comments that you want to play continuously.

After many hours of work, we found a comment containing the concept of a future update. The point was to give players the opportunity to fight each other regardless of rating. This would allow the use of the entire fleet of ships, including small ones, and test assemblies before rating fights. We liked this idea and we began to develop the functionality.

As a result, we received a new mode «Class battles», where the selection of the enemy is based on your level and class of the ship. Now starships that are idle in the hangar can be used to participate in tournaments and competitions within their league. For each victory in the mode will be charged a guaranteed reward - 1 Chip. Chips are needed for hacking modules. 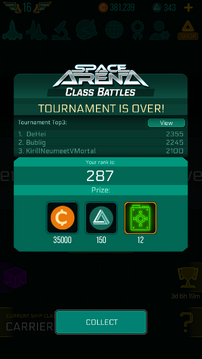 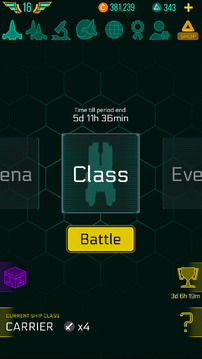 Participation in the «Class Battles» doesn’t affect the overall rating. Therefore, we came up with a unique reward system for this mode.

Studying the expanses of space, you can stumble often upon mysterious objects: fragments of wrecked starships, traces of lost civilizations, messages from distant planets. In the new update, tournament winners will be able to find it themselves.

These things hide in themselves game objects of different value. The higher the league, the more rare rewards you can detect. In order to find out what your artifact contains, you need to investigate it with the help of a Scanner.

The Scanner is a new game menu where Artefacts are accumulated, stored and studied. Rare Artifacts require more power consumption Scanner than conventional. Use Celestia to restore energy to the maximum.

The update will contain your best ideas. But we don’t want to stop at what we have achieved and expect interesting offers from you. In the future, there will be more new levels and ships, but for now, increase your fleet and get ready for «Class Battles». 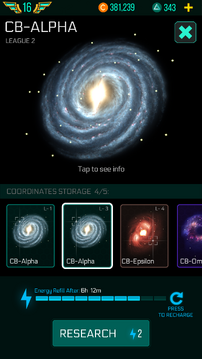 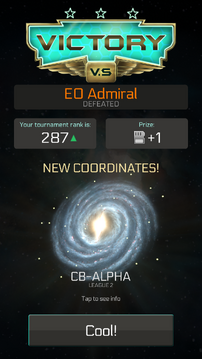 «Ok, this is cool, use your favorite build proven in battle. But what if we give players the opportunity to make it even more powerful?» — we thought, and added an improvement to the modules. In a fresh update, you can raise the level of every detail of the ship, gradually improving individual parameters.

But it’s not so simple. Improvement will occur with a certain probability. To increase the chances of success, you can use Improvers, but it doesn’t give a 100% guarantee. So the end result will always depend only on your luck. 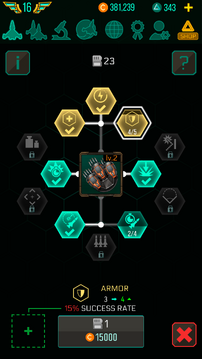 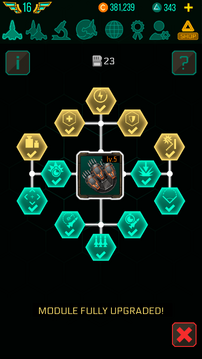 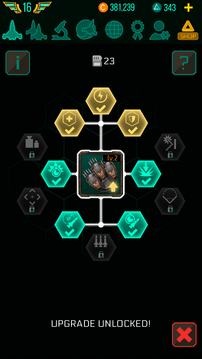